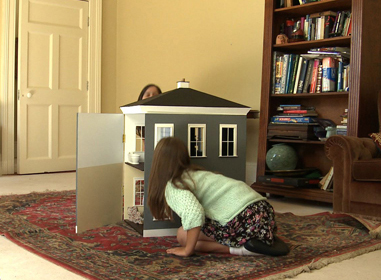 I built and decorated a bespoke doll’s house for this film, with front and side opening walls and a removable rear bay window section for ease of filming. I also built a large cage (and miniature dolls house version) and created the covers and insets of some book props.

A Terrible Hullabaloo
Childlike You